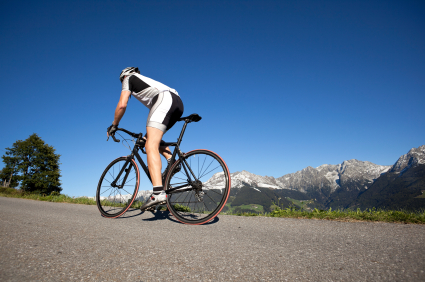 No matter where you live in the United States, there is likely a cycling presence and a bicycle-friendly community somewhere nearby. Many cities across the country welcome bicycle culture and wish to encourage more bicycle commuters as well as recreational bike riders both to reduce traffic congestion and promote healthy living. As a result, more cities are now developing and expanding their bicycle-friendly roads and infrastructure. However, a vibrant cycling culture adds more to a community than simply more transportation options. Taking steps to encourage cycling can also boost the economy of a city or town as well as improve the happiness and overall wellbeing of its residents.

California is one of the top ten states for cyclists, according to The League of American Bicyclists, and San Diego garners consistent recognition as a bicycle-friendly community. The commonalities between areas that are ideal for cyclists include state and local government action to protect bike lanes and enforce bicycle safety laws. Active cycling clubs and events also promote a bicycling culture, both for commuting and recreation. Below, San Diego bicycle accident lawyer Frederick M. Dudek explains what else cities can do so cyclists can benefit from increased biking awareness and bicycle safety.

What Makes a City Bicycle Friendly?

A cycling subculture can flourish when local governments invest in bicycling and work to protect cyclists. This often includes efforts to create dedicated bike lanes and enforce regulations that protect bike riders from serious accidents with motor vehicles. With these measures in place, local bike clubs can actively encourage cycling events and other actions that promote bicycle safety.

Some important features of a bike friendly community include:

What are the Best Cities for Cycling?

Many cities across the U.S. are considered bicycle friendly because of their proactive laws, strong bike culture and development of infrastructure that promotes cycling. Besides biking in San Diego, several other cities in California have bicycle friendly roads and regulations that promote bicycle safety.

Some of the most bike friendly cities in America, according to Bicycling.com and The League of American Cyclists include:

What are the Benefits of Having a Bicycle Friendly Community?

Cycling has become increasingly popular as traffic congestion continues to rise. Therefore, communities should encourage cycling safety by enforcing bike laws and taking steps to develop trails and bike lanes. Otherwise, these areas increase the risk of bicycle accidents, injuries and deaths. In addition to increasing the safety of cyclists, other benefits of a bike-friendly community include:

Hurt Biking in San Diego? You Have Rights

Bicycle accident lawyer Frederick M. Dudek is an active member of the San Diego bicycle-friendly community as well as an experienced personal injury attorney. As an avid cyclist himself, he understands the dangers bicyclists face when there are no bike lanes or other safety measures in place. As a result, bicycle accident victims, no matter where they are, could not ask for a more capable advocate. He can help you recover the true compensation you deserve for your bicycle’s worth (often, thousands of dollars for top-end bikes) as well as your bicycle injuries.