Why are Some Areas Banning Biking to School? 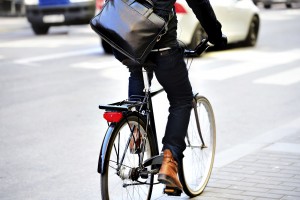 In an age where everyone from politicians to ordinary citizens has a plan to cut down childhood obesity, there are also several areas where riding a bike to school is against the law. Yes, cyclists, you read that right. Children are expressly forbidden from riding their bikes to school. The reason: safety. Many neighborhoods decided that the risk of accidents was too great to allow children to bike to school.

On one hand, this makes sense, since safety of children should always come first. Critics of these bans, however, point out that there are plenty of dangers to commuters that aren’t banned. For instance, the majority of accidents on the way to school happen as a result of teenage drivers. Should teenagers be forbidden to drive? Some also say that rather than banning biking to school, communities should instead focus on making roads safer for everyone.

Does your school district allow biking to school?

For many, the simple joy of of biking to school is an iconic part of American childhood. In the late 60s, roughly half of all children biked to school every day. Now, the number is 13 percent. Still, the cultural image persists. Of course, like any issues, there are two sides to this argument. Advocates of bicycles could argue that only 11 percent of deaths or injuries during school commutes involve pedestrians or cyclists, but supporters of a ban might follow up by saying that communities with safety regulations could be partly responsible for these low numbers.

Any serious cyclist will tell you safety is most important, but so is the health and happiness of our children. It is up to parents, schools and communities to come together and decide whether or not the benefits of biking to school are worth the potential safety concerns. What do you think? Would you let your child ride their bike to school alone?

Joshua Bonnici is a San Diego personal injury attorney with an exceptional passion and expertise for fighting for victims of bicycle accidents.