What Can I Do If a Drunk Driver Caused My Cycling Accident? 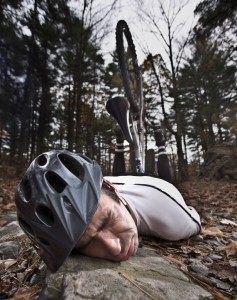 After almost losing his life to a cycling accident last summer, a San Diego man has made a public statement thanking the YMCA for helping aide in his recovery. Juan Vinolo was riding with a group of 20 people when a driver under the influence of methamphetamine and alcohol rounded a blind corner, hitting Carlos and critically injuring him.

The aftermath of the accident was a grisly scene, leaving Juan with a punctured lung, a lost kidney, dislocated shoulder and broken ribs. Worst of all, the accident paralyzed Juan from the chest down.

According to police, the impaired driver of the car that hit Juan also hit 10 other cyclists. After hitting the group, she exited her car and started behaving erratically. She was taken to the hospital when police found a bag of methamphetamine. Several hearings have been delayed until the mental competency of the woman can be assessed. Eight other cyclists were injured in the accident.

Unfortunately, injuries like Juan’s will require a lifetime of care and incur steep medical costs. There is a good chance that he will remain dependent on others for the rest of his life – all due to the reckless and negligent actions of another person.

Why Should I Hire an Attorney to Represent Me?

Spinal cord injuries can cost as much as $3 million over the course of a lifetime. In cases where criminal prosecution is imminent, it does not mean victims cannot also press forward with a lawsuit to recover damages for their injuries.

After an accident, victims who have been injured may be required to deal with insurance companies, attorneys representing other parties and might have to file for disability. By hiring an attorney, you are hiring a person who has dedicated his or her career to helping accident victims get through this difficult and time-consuming process.

Joshua Bonnici is a San Diego injury attorney and an avid cyclist. For more information about how we can help you, please contact us for a free consultation.

Did You Know? According to the National Spinal Cord Injury Statistical Center, close to 80 percent of spinal cord injuries are males.