6 Myths About Cycling to Work 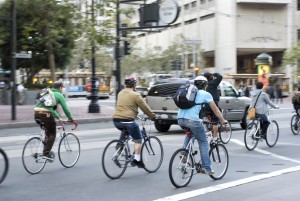 Cycling to work has many benefits. It’s a great form of regular exercise. It’s good for the planet. It saves money on gas. It helps wake you up before a long day of work. When some people start the habit, they have a lot of concerns. Let’s do away with a few common myths and worries, so you have no excuse not to get started on biking to work.

6 Myths About Cycling to Work

People have a way of rationalizing their way out of starting good habits. The best way to start cycling to work is to just get going. It doesn’t have to be perfect. Once you get started you will want to keep going.

Frederick M. Dudek is a San Diego bike accident attorney and cycling enthusiast with a passion for defending other cyclists and providing helpful information about bicycle safety.