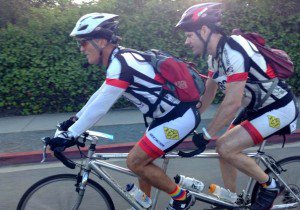 Bicycling has many benefits: health, traffic reduction and it’s better for the environment than most cars. San Diego is a great city for cycling, but that doesn’t mean we don’t have our shortcomings. Activists are pushing for quicker implementation of the city’s Bicycle Master Plan.

The Bicycle Master Plan provides a framework for making cycling more practical and convenient for residents of San Diego. The plan was approved in 2013 and is intended to create an interconnected network of bike lanes throughout the city. It is a big part of the city’s plan to reduce greenhouse gas emissions. Since the passage of the plan, 15 percent of proposed bike lane miles have been implemented and 22 percent of the existing network has been improved.

The Bike Advisory Committee will soon start working with transportation engineers and the city to implement the plan faster.

One of the reasons the plan is taking so long is that adding bike lanes to streets is often unpopular with residents and business owners on those streets. They fear what will happen if a lane of traffic or on-street parking is removed in favor of bike lanes, a fear that the Bike Advisory Committee recognizes. However, they believe that these fears will eventually be disproved and that the bike lanes are a net positive for communities.

If the city had an interconnected network of bike lanes, would you ditch your vehicle in favor of biking to work? If not every day, at least once a week?