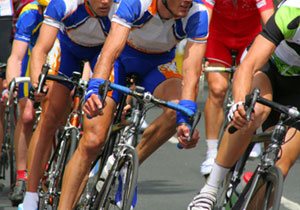 In 2013, City Council members approved a 10-year partnership with bike supplier DecoBike to supply the bicycles and checkout stations. By the time the project is completed, as many as 155 stations will be available.

What Is a Bike Sharing Program?

Bike-sharing programs allow people to rent bicycles from checkout stations, and for a small fee, ride it anywhere in the city as long as they return it to another station when they are done. Bike-sharing programs also attract tourism, and San Diego’s bike sharing program will utilize bike stations in Pacific Beach and La Jolla, allowing cyclists to experience some of the most beautiful beaches in the world.  In addition to the bike-sharing program currently in development, San Diego is in the process of completing the Bayshore Bikeway, which will encompass 15 miles of bike paths around Coronado Bay.

Costs of the bike share program are minimal, with pricing for rentals costing $15 a day or $30 a month. Cheap rental costs will be immensely helpful for people with short commutes, as the same amount of money you would spend on a half tank of gas can provide reliable transportation for a month.

Other major cities that are implementing bike-sharing programs are Richmond, New York City and San Francisco. One of the added benefits of adding extra layers of transportation is that it clears up room on the roads, having a small but noticeable effect on traffic reduction. Once the wait is finally over, cyclists in San Diego will be able to enjoy the same benefits.

Joshua Bonnici is an avid cyclist and experienced bicycle accident lawyer. You can find out more about us by visiting our Facebook and Twitter pages.

Did You Know? According to DecoBike marketing executives, the first 1,500 members to sign up for the bike-sharing program will receive a free helmet.

You can read more about San Diego’s bike-sharing program by visiting DecoBike’s website.