How Important Is It to Pack Right for Your Bike Ride? 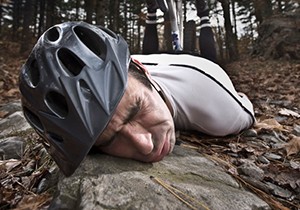 Have you ever been riding along only to discover that you didn’t pack a water bottle or you forgot a snack? Most of the time, these little lapses are simply minor inconveniences, but sometimes they can be a far more serious. On Christmas Eve, a young boy found out just how important it is to pack right for your bike ride.

Why Packing for Your Ride Is So Important

San Diego PD was at a loss when it responded to a call from Lincoln Park. When officers arrived, they found a 16-year-old boy suffering from a serious head injury. The boy was riding up South 47th Street when a black Chevy Trailblazer struck him while he was crossing Imperial Avenue.

The boy wasn’t wearing a helmet, so when he fell, his head had no protection from the nearby curb. Police rushed the boy to Scripps Mercy Hospital where he remained unconscious. The driver of the Trailblazer was arrested under the suspicion of drunk driving. Now, all the police had to do was contact the boy’s parents and family, but there was a problem. They didn’t know who the boy was.

SDPD couldn’t find any identification on the boy. He had an HTC One smartphone, but it was out of service and had no identifying information in it. The police ran the boy’s fingerprints and tried to use facial recognition software to identify the teenager, but came up emptyhanded. As a last ditch effort, the police asked the public for help, and luckily, the boy’s family was identified and they were reunited.

When you or your family go out for a ride, there are several things you need to take with you: Helmets, snacks, water, tools, and some form of identification. If an emergency arises, the authorities need to know who you are, and who they need to contact. Parents, make sure your kids have some sort of ID on them—no matter what age they are—especially if they are going to be riding alone.

Frederick M. Dudek is a cycling enthusiast and a San Diego personal injury attorney dedicated to bicycle safety and helping the victims of bicycle accidents.